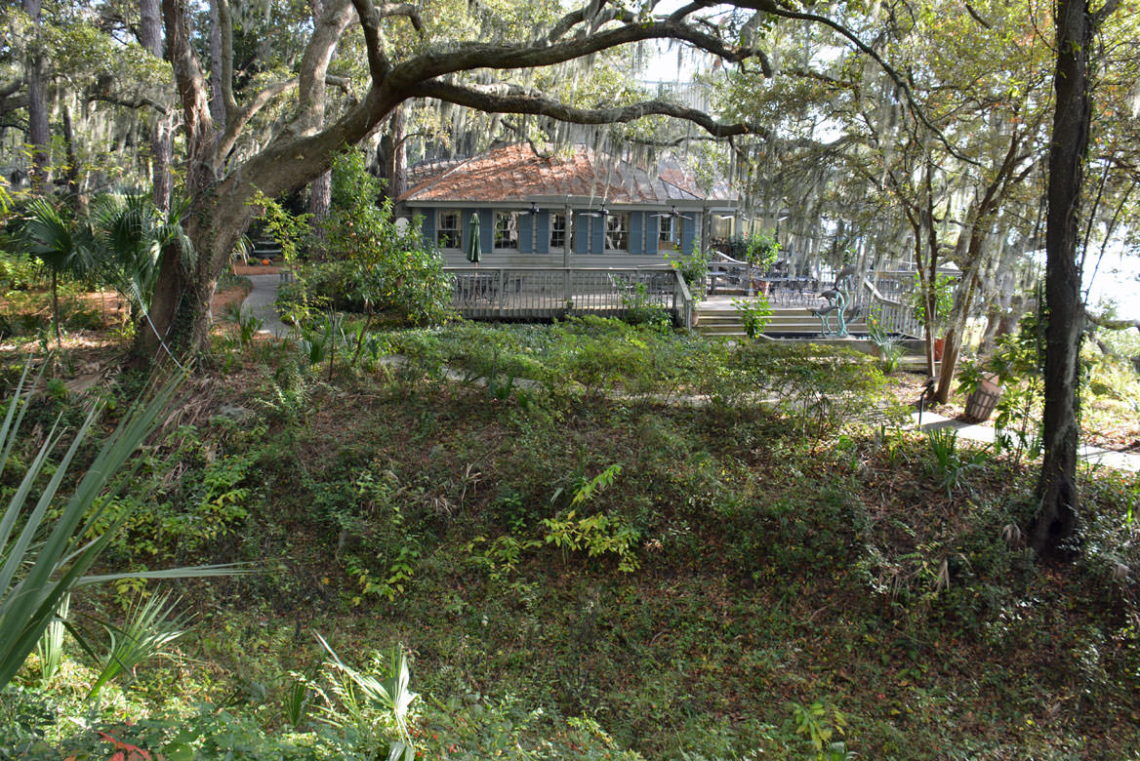 Many new visitors, who instantly note Hilton Head Island's small size and acres of pretty vacation homes and resorts, are surprised to learn that the island was once home to 4 military forts during the height of the Civil War. Sadly, while the remnants of the forts are, for the most part, long gone, visitors can still enjoy a glimpse of this history, and enjoy a leisurely cool and breezy nature walk to boot, with a stroll through Fort Mitchel. 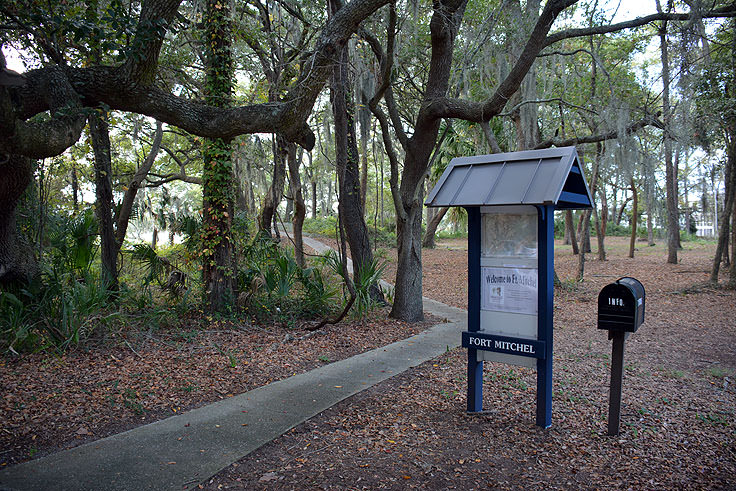 A lightly visited and scenic little parcel of Hilton Head Island's northwestern region, history buffs and nature lovers will soon discover that this undeveloped patch of wooded and watery terrain is more than meets the eye. 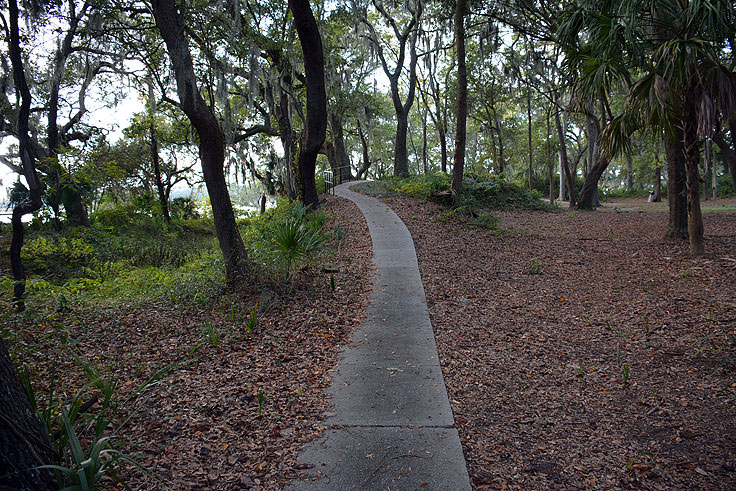 Hilton Head's uniquely vast Civil War history begins in 1861 with the construction of Fork Walker on the borders of the Port Royal Sound. Originally constructed by the Confederate troops, the fort was hastily constructed and manned to help protect the waterfront South Carolina borders, including the crucial ports of Beaufort, Charleston, and even Savannah, Georgia. On November 7th 1861, however, less than a year after the fort was in operation, the Union soldiers attacked with 12,000 troops, and the fort was seized and soon occupied by the new northern military presence. Interestingly, that same day, the Union troops freed more than 1,000 slaves on Hilton Head Island, who were the first slaves to be freed in the Civil War. 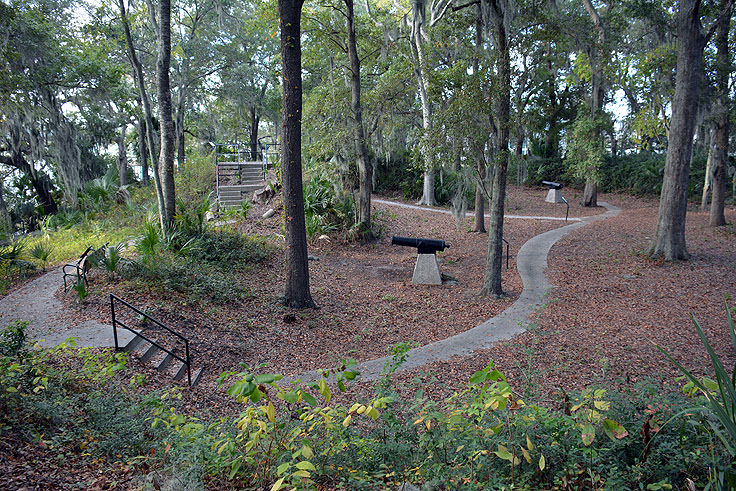 The fort was renamed to Fort Welles, in honor of Navy Secretary Gideon Welles, and the Union troops went to work building additional forts to protect their position in the heart of the south. Two more forts were built in 1862 on Hilton Head Island, which included Fort Sherman and Fort Mitchel, (named after General Ormsby M. Mitchel), and a fourth fort was eventually built, Fort Howell, to defend a new makeshift village that was constructed for the country's first emancipated slaves, called Mitchelville. 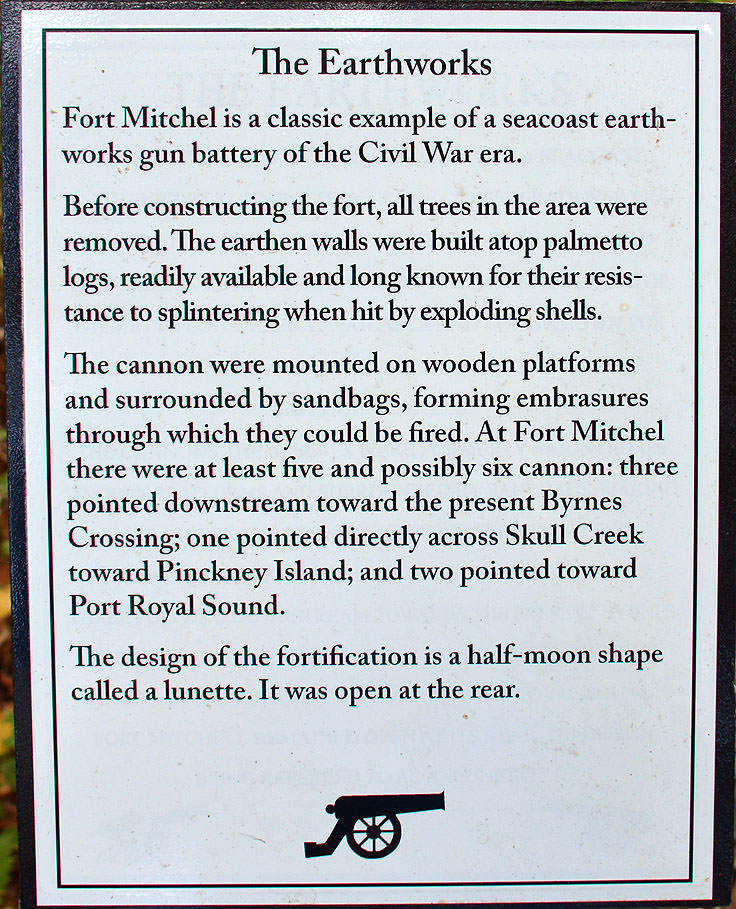 After the war ended, the forts were naturally abandoned, and over the centuries, the forts deteriorated with time and new development. Fort Mitchel was supposedly rediscovered in the 1970s, and while development blossomed around the region, the site of the fort itself was carefully preserved. 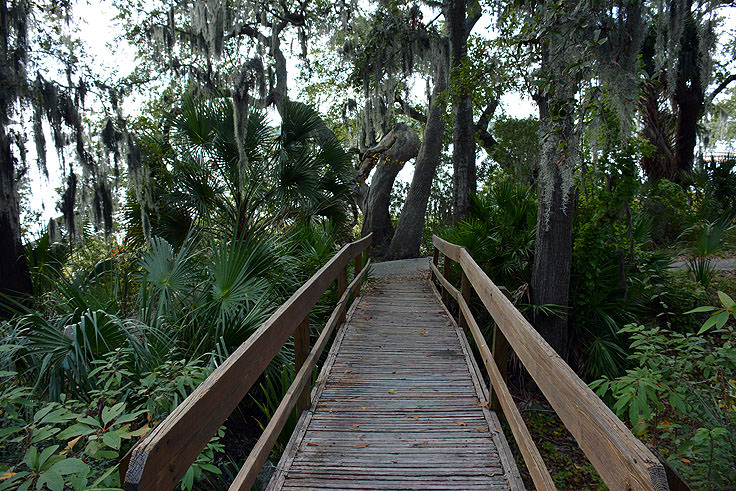 Fort Mitchel is located off of Skull Creek Drive, adjacent to the waterfront and a handful of resort communities. A gate pass is required to access the community where Fort Mitchel is located, but can be easily picked up on site at the small entrance guard station, free of charge. Visitors will want to park at a relatively expansive parking area that is shared with the neighboring and aptly named Old Fort Pub. One of the most acclaimed restaurants in the region, afternoon visitors are encouraged to pop in before or after a tour for a cold drink or a little upscale American cuisine. 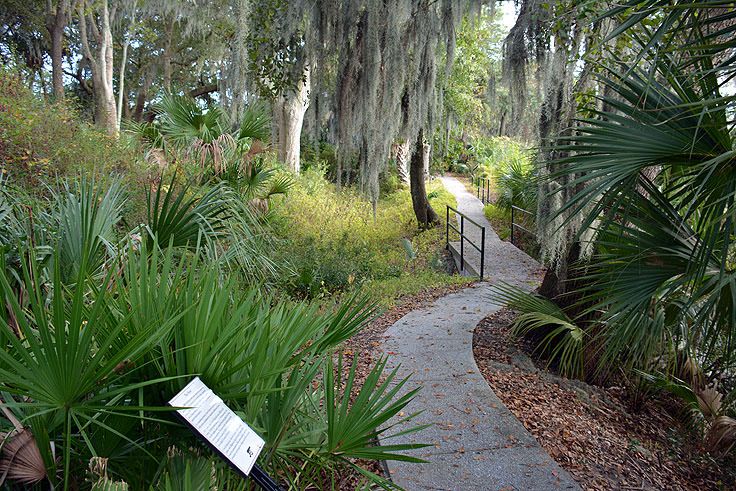 Once on site, visitors can simply follow the small historical markers to the entrance of Fort Mitchel. A short paved pathway runs through the site, and extends both parallel to and along the earthen works that are, in fact, the fort's remains. Small walls are overgrown with wildly growing plants, but the trek is nonetheless an easy one, thanks mainly to the paved pathway. Scattered signs note points of interest throughout the site, and there are several era-appropriate cannons stationed in Fort Mitchel as well. 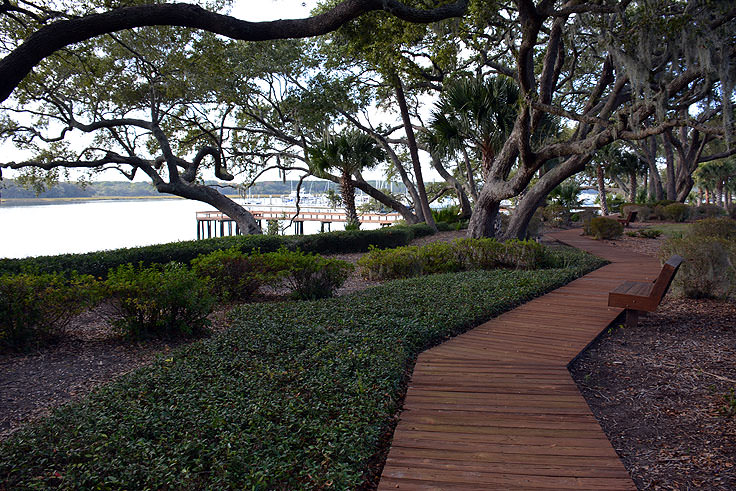 Visitors are often surprised by the abundant greenery and wildlife within the serene natural location, and Fort Mitchel is also a prime spot for quick nature walk. The path passes under massive clusters of Spanish Moss and live oaks, and borders hundreds of naturally growing palms and Palmettos, making the short 30 minute walk or so a fun exploration for nature lovers. Water views can also be spotted in the distance, and because the region is generally shady, the walk is pleasant and cool even during the height of summer. 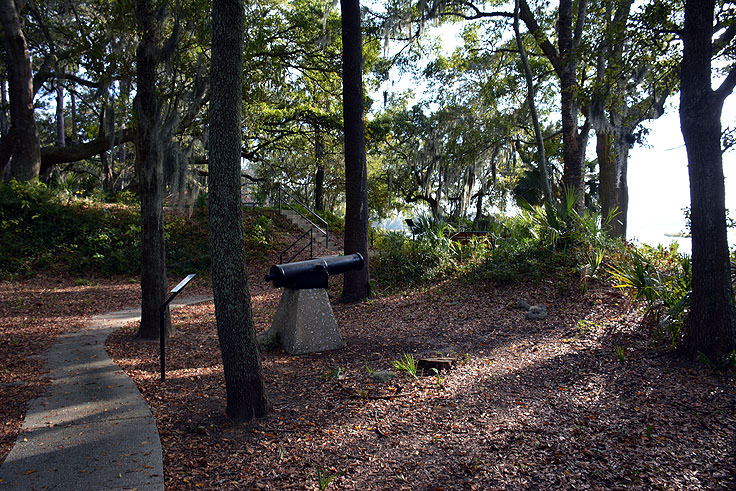 While Fort Mitchel clearly isn't a well-preserved relic of the Civil War, like some of the other historical forts still found in the Lowcountry region, it's nonetheless one of Hilton Head Island's most scenic. A great, scenic stop for nature lovers, history buffs, and anyone looking for a quick outdoor adventure that's incredibly budget-friendly, an exploration of Fort Mitchel will introduce Hilton Head Island newcomers to the remarkable role in history that this small island played in the Civil War. 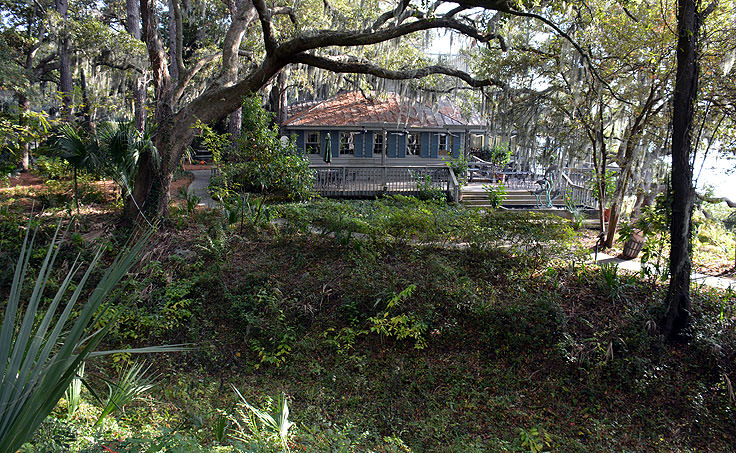 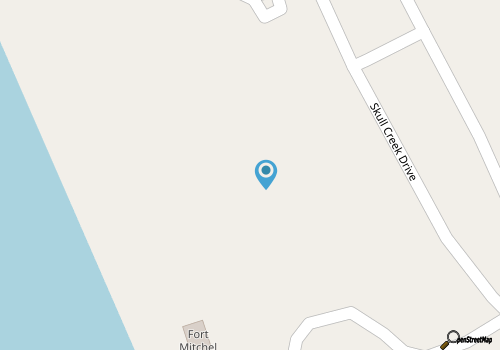